Good morning and happy Friday! I am up in Michigan for the weekend visiting family before the big move to Texas next week (so soon!?). I’m trying to soak up these last few days of cool Michigan fall weather—my absolute favorite time of year—because I know I won’t be getting ANY of it in Dallas:( Most people would probably be excited about moving to a warmer climate, but I am a Michigan girl through and through, and I definitely enjoy the cooler weather. Despite not looking forward to the weather, I am getting more excited about moving. Still a little nervous, but I have a feeling everything (besides the weather) is going to work out great.
Without further ado, here is my list of Friday Favorites for the week…
5. Saying goodbye to our business in Fort Wayne. It wasn’t even all that bittersweet—it was basically all relief. This past year has been very stressful on James and on myself, and it was nice to be able to say goodbye to one of those unnecessary stressors in our lives. I have a feeling we will be a LOT happier in the coming days.
4. Celebrating James’ dad’s birthday up at their campground last weekend.We got to spend some quality time with his family last weekend before we take off for Texas. It was great to see everyone, and enjoy some more wonderful Midwestern weather (sad face).
3. Saying goodbye to friends this week. It’s not exactly a fun thing to say goodbye to friends, but it has definitely been good to catch up and see people I haven’t been able to see for a while. I will definitely miss friends when we are in Texas, but now I can fully utilize my Skype account:)
2. Spending time with my family in Grand Rapids this week/weekend. I am going to miss them so much. It’s been great to spend some time with them before I leave, and I’m looking forward to spending more time with them this weekend as well.
1. Texas. I may be nervous and sad from saying goodbye to friends and family, but there is still a little bit of excitement in my heart. I like to travel and experience new things, so I am looking forward to this new chapter in our lives—even though it may be a little bittersweet. I can’t wait to see what God is going to do in our lives over the next few months and years.
Anyways, there’s the list. Hope you all are having a great week, and will have an even better weekend! God Bless:)
Hello and happy Wednesday! Sorry for the inconsistency in blog posting recently—James and I have been going through a stressful couple of weeks, BUT I can now announce that we will be moving to Dallas, TX at the end of the month! It’s a little scary for me—I’ve never even been there before—but I know God will be protecting us, and everything will work out just fine:) I’m excited to begin a new chapter in our lives, and embark on a new adventure!
Like I said, I’ve been a little nervous about the move, but the closer it gets the easier it seems for some reason. Consequently, I’ve been reading the book of Daniel lately, which has definitely helped me through this time of transition. I’m sure many of you are familiar with the story of Daniel, but if not, I’ll give you a few details. First, Daniel was living in captivity in a strange and foreign land (Babylon). He was not familiar with his surroundings, but he and his friends relied on God to keep them safe. Daniel trusted God, even when it wasn’t easy. For example, when a decree was issued that no one would be allowed to pray to anyone but the King, Daniel refused to obey. Even though the penalty was death by the lion’s den, Daniel refused to pray to anyone but the one true God. Because of his disobedience to the king, he was thrown into the lion’s den. But, God protected Daniel by closing the mouths of the lions, and he remained unharmed until the King pulled him out of the den the following morning.
Daniel lived a life outside of his home country—his comfort zone—and he was always faithful to God. Now, I’m not going to be living in captivity like Daniel was, but at the same time I felt a connection with his story as I read. Like Daniel, I need to be faithful to God no matter where I may be physically—even if it’s a little out of my comfort zone. I need to trust that God knows what’s best, and that he has a greater purpose for my life and transitions than I could ever fathom. So, with that being said, I’m choosing to trust that God will provide for us down in Dallas, just as he has been for years in the Midwest. I am going to trust that he has us going there for a reason, and everything will work out according to his perfect plan as long as I trust him.
What about you? Is there anything that you need to trust God with in your life? Any big changes or transitions that may seem scary? Trust that He will guide you and protect you, just as he did for Daniel, way back in the Old Testament.
Hope you all are having a great week so far! God Bless:)

Happy Friday Everyone! This week has really flown by, but I am glad that it’s almost the weekend:) James and I are planning on hanging out with his family up at their campground, so I’m looking forward to spending some time with them and in the outdoors. Praying that the weather stays nice—it’s a little rainy now, but after al the droughts this summer, I have a new appreciation for rain that I doubt will ever go away. Anyways, here are some of my favorite things from the week…
5. Visiting my family in Grand Rapids for a few days earlier in the week. James was away on a business trip, so I went home for a bit to see the family (+ pig and gandie). It was great to relax and see everyone again.
4. On Monday, my mom and I had a girls day:) We went and got pedicures, did some shopping, went raspberry picking, got lunch…it was a great day to say the least. I love hanging out with my mom—we always have a great time!
3. Also on Monday, I got to try on some bridesmaid dresses for my friend Sarah’s wedding this coming Spring! I am so excited for her, and trying on different bridesmaid dresses added to the excitement:) Can’t wait to be a part of her big day!
2. Holland. I got to go there briefly on Tuesday with my family because we were there visiting my little brother who goes to Hope College. It was great to see him, and of course visit some of my favorite Holland places—like dinner at the New Holland Brewing Company. Of course, it would have been better if James were there, but it was great to have dinner with the fam:)
1. Life Changes. There are going to be some big changes coming up here in our lives that I’m still trying to wrap my head around. I like change, but at the same time it can be really scary. I’m praying that God would give me peace and courage as we go forward. 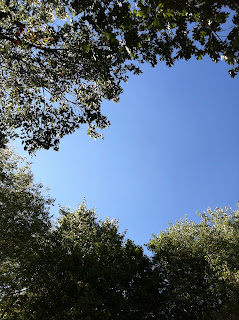