Good Morning! Hope you all are having a great start to your long weekend! Seriously, I can’t believe that it is almost Christmas. My mind is stuck somewhere back in August, and for some reason cannot come to terms with the fact that today is December 22nd. Where did the time go? Craziness I tell you.
I just wanted to let you all know that I probably won’t be posting much over the next week [if at all]. James’ parents and sister are coming in to town on Sunday night, so I’m probably not going to have a lot of time to blog…which is okay. We are excited to see them! So, I hope you all have a very Merry Christmas if I don’t talk to you before then. Have fun with your families and loved ones, eat lots of yummy Christmas cookies, drink some eggnog [if your in to that sort of thing], and don’t forget the true reason we celebrate Christmas—the birth of Jesus!
“In those days Caesar Augustus issued a decree that a census should be taken of the entire Roman world. (This was the first census that took place whileQuirinius was governor of Syria.) And everyone went to their own town to register.
So Joseph also went up from the town of Nazareth in Galilee to Judea, to Bethlehem the town of David, because he belonged to the house and line of David.He went there to register with Mary, who was pledged to be married to him and was expecting a child. While they were there, the time came for the baby to be born, and she gave birth to her firstborn, a son. She wrapped him in cloths and placed him in a manger, because there was no guest room available for them.
And there were shepherds living out in the fields nearby, keeping watch over their flocks at night. An angel of the Lord appeared to them, and the glory of the Lord shone around them, and they were terrified. But the angel said to them, “Do not be afraid. I bring you good news that will cause great joy for all the people. Today in the town of David a Savior has been born to you; he is the Messiah, the Lord. This will be a sign to you: You will find a baby wrapped in cloths and lying in a manger.”
Suddenly a great company of the heavenly host appeared with the angel, praising God and saying,
“Glory to God in the highest heaven,     and on earth peace to those on whom his favor rests.”
When the angels had left them and gone into heaven, the shepherds said to one another, “Let’s go to Bethlehem and see this thing that has happened, which the Lord has told us about.”
So they hurried off and found Mary and Joseph, and the baby, who was lying in the manger. When they had seen him, they spread the word concerning what had been told them about this child, and all who heard it were amazed at what the shepherds said to them. But Mary treasured up all these things and pondered them in her heart. The shepherds returned, glorifying and praising God for all the things they had heard and seen, which were just as they had been told.
On the eighth day, when it was time to circumcise the child, he was named Jesus, the name the angel had given him before he was conceived.”
Luke 2:1-21 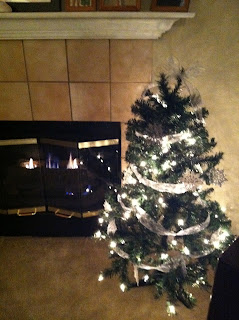 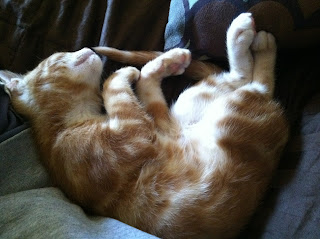 “And whatever you do, whether in word or deed, do it all in the name of the Lord Jesus, giving thanks to God the Father through him.”
Colossians 3:17
This statement sounds rather simple on a day like today. I mean, it’s easy to honor God in all that I do when what I am doing is fun or exciting. But, what about when what I’m doing isn’t so fun? What about when I have to clean the house, work an extra long shift at work, or run annoying errands? What about then? Do I still have to glorify God while doing these things? The answer, of course, is yes. More often than I would like to admit, I find myself complaining about any and every thing that does not go my way. I have to do something I don’t want to do? Complain. I have to work an inconvenient shift? Complain. I have to do a lot of chores at home? Complain. Complain. Complain. Some how I get the feeling that complaining doesn’t really qualify as bringing glory and honor to God.
I need to change the way I perceive things. When faced with a less than ideal circumstance, my first response should not be to complain about it. Instead, I should go about accomplishing it in a way that ultimately brings glory and honor to God. I need to be more joyful, more positive, and more uplifting in the way I view my ‘problems’. So, I am going to challenge myself to stop complaining. I’m going to start consciously thinking about what comes out of my mouth, and whether or not those words are going to bring honor and glory to God. If not, I’m going to have to think of something better to say.
What about you? Do you find yourself complaining, when instead you should be glorifying God? If so, feel free to join in on the challenge! God knows I’m not perfect, but this does seem like a step in the right direction. Anyways, I hope you all [y’all?] are having a great Tuesday so far. God Bless!

Happy Monday! This morning I woke up to a little surprise outside my window…

That’s right, SNOW! Even though it was only a little tiny bit of snow, it still made me a little excited. By now it has surely all melted away, but it was so nice to see a little piece of home, even if only for a short while! (Can you tell I miss winter??)
Anyways, I was reading this morning in Philippians and came across one of my favorite passages of scripture.
“Do not be anxious about anything, but in everything, by prayer and petition, with Thanksgiving, present your requests to God. And the peace of God, which transcends all understanding, will guard your hearts and your minds in Christ Jesus.”
Philippians 4:6-7
Life is full of situations that induce anxiety. We live in a sinful, fallen world—how could that fact alone not produce a stressful environment? But, God says we don’t have to worry about anything. We can choose to not be anxious, overly stressed and worried. Ultimately, worrying is not going to get us anywhere fast. The only thing that can be done in any situation we may face is to bring the condition before the Lord in prayer. There is nothing to be gained through worrying, but everything to be gained in going before the Lord in prayer, seeking his face in the midst of a stressful situation.
Only when we humble ourselves before the Lord, and prayerfully bring our petitions before his throne, can we truly begin to walk in the freedom and peace that emanates from him. Only through prayer can we feel peace instead of anxiety in the midst of a worrisome situation. And only through prayer can we truly accomplish anything in this life.
Prayer is such a powerful means of communication with the Lord, yet so often it is overlooked. We feel as though God can’t truly help us overcome our stressful situations, so we look to our own power and abilities to compensate for his. How much more could we accomplish in life if we just asked for his help and guidance? Prayer has the power to do change our anxiety to peace. Doesn’t that sound like a much better way to live? It sure does to me!
Well, I hope you all are having a great day so far! I’m off to enjoy the cold weather! God Bless:)
Next Page »